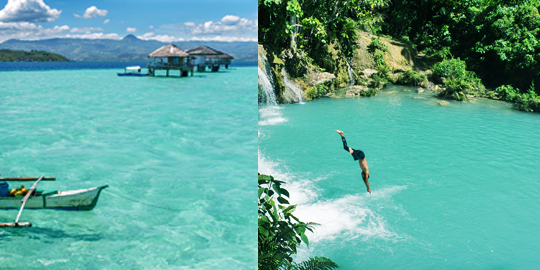 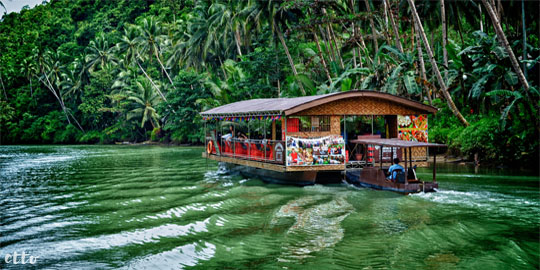 Bohol island is located right in the heart of Central Visayas (Region VII), Philippines. It is the 10th largest island in the country. The Island is oval-shaped mainland surrounded with 73 smaller islands, having a gently rolling terrain. Its main attraction is the Chocolate Hills is considered one of Philippine’s natural wonders. The hills composed of around 1,268 perfectly cone-shaped made of limestone leftover from coral reefs during the ice age when the island was submerged. They turn brown during the summer. They are covered in green grass that turns brown during the dry season. The visit is link with a rustic cruise of the Loboc River.